I walked out of Coimbatore airport bracing myself for that “India smell” but I was pleasantly surprised. It was a totally different experience to arriving in Mumbai, not a car in sight on the roads and deafening silence. It was 4am but in Mumbai at that time you can’t count to 3 without hearing a car horn (tried and tested lol). The air was cool and fresh and I could see rows of lights that appeared to be floating in the air, “that’s the mountain we are going to” explained the driver, Shiva. Within 10 minutes we reached the foot of the mountain and the trees were flooded in moonlight as the clouds gave way. The various peaks and valleys were outlined and Shiva explained it would take 2 hours to get to the retreat at the summit. The winding roads made me anxious as although I couldn’t see in the dark I knew that the roadsides were deadly drops into the valleys. Every so often we would pass a small village where surprisingly a few people were gathered in open cafes sipping on their masala chai’s.

An hour passed and the sky began to glow with a blue hue, as we climbed it got brighter until the mountains were all illuminated with the blue light. 2000m above sea level, the views were magnificent. We stopped at the deepest valley so I could take some photos. As we winded around a corner I spotted a burning orange streak in the sky! As the minutes passed the streak morphed into a rising ball and as we reached the summit it was daylight.

I could see the pastel coloured houses, temples and churches nestled in the valleys and the crisp cold air wafting through my window had a menthol scent.
It came from the Eucalyptus trees, it was a lot colder then I expected but already I felt rejuvenated! 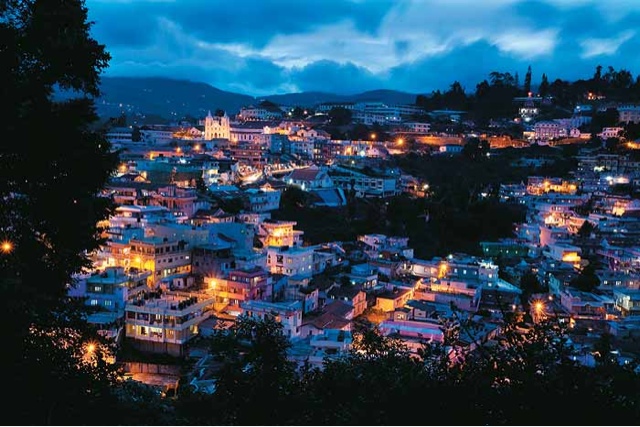 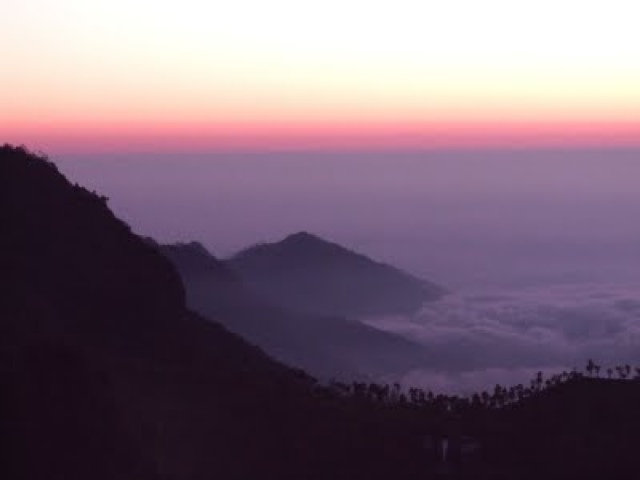 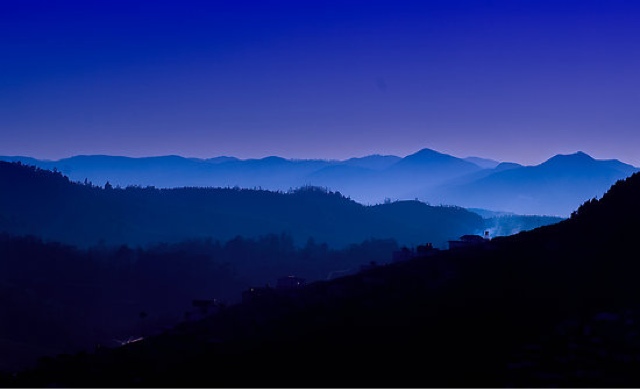