This story was too cute not to share! I firmly believe good deeds always come back to you in some way or another and this is a perfect example!!
Billy Ray Harris returned an engagement ring and the media storm helped him find his family
Billy Ray Harris, 55, is starting over after doing one good deed helped him turn his life around.Attending a family reunion recently, many thought Harris was dead. They were thrilled and delighted to find him well and very much alive. Harris himself was shocked at the course of events that brought him here.
It had been more than 16 years since Harris gad seen anyone from his family. It was his sister, Robin Harris Williams, who recognized her big brother’s face when she saw a story online about a homeless man who returned an engagement ring. The story had gone viral otherwise she might not have seen it.
Billy Ray had been standing on a street corner in Kansas City, Mo. holding out his cup in hopes of generating some donations. Sarah Darling had left him a donation and along with it, had accidentally dropped her engagement ring in the cup. Harris didn’t spot the ring until he was packing it in for the day.Curious, Harris took the ring to a local jeweler for an appraisal. The jeweler offered him $4,000 for the ring. Harris could have used that kind of money and considered accepting the offer. Instead, he chose to hold onto it for a few days to see if the owner returned. A couple of days later, Sarah Darling returned.The story of Billy Ray’s honesty and integrity hit the media and led to him being reunited with his family. Robin says it means the world to her to have her big brother back in her life.
Robin says she began yelling as soon as she saw her brother’s picture in the article. Living in Texas, about 490 miles away, she was still able to track him down and let other family members know.
Harris’ brother Edwin Harris and sisters Elsie “EJ” Johnson and Nellie E. Vaughn also attended the reunion. Vaughn said Robin had been looking for Billy ray all this time and this was very good news.
Harris had long given up on ever seeing his family again though he never stopped worrying about them. He said he lost touch back in the 90’s. It was a rough time for him. He was depressed and on the verge of giving up.

As for Sarah Darling, she and her husband Bill Krejci have become very attached to Billy Ray. They have established a donation fund to help him out. Sarah had hoped to raise $4,000 to give Billy Ray because that was the amount he could have gotten for her ring. The fundraiser has surpassed her wildest dreams with more than 8,000 people making donations that total more than $183,000 and counting.

The experience has led to a new part-time job, some new friends and a place to sleep. With his arm around his little sister, Harris says he has it all now. 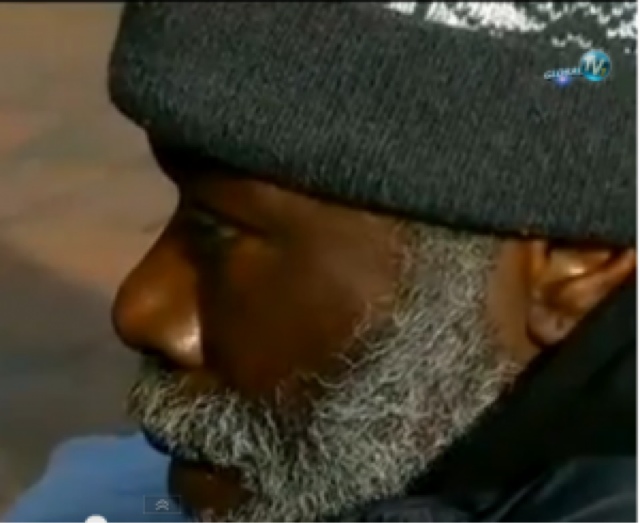