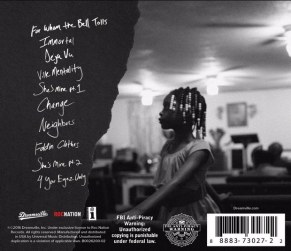 After making us wait two years, the anticipation is finally over for J. Cole’s new album 4 Your Eyez Only…

J. Cole drops two new singles ahead of his eagerly awaited album. He talks some science on One Day Everyone Gotta Die, calling out Lil Wayne or as he puts it “Lil Whatever”. He is almost saying he’s not even a real rapper and that he’s bored of old rappers being the gate keepers of the game and for them to chill out.

False prophets is digging at Kanye about him having fallen and not being the rapper that he once was. He insinuates that he may have had a ghost writer which is controversial but I see where hes coming from after the recent stuff about him in the press. It’s clear that he’s out to send a message to all rappers. Talking about people having certain traits/complexes and how they have slipped to reveal their true colours. Unfortunately these two tracks are not on J.Cole’s new album.

Anyone that has ever listened to his work knows that J Cole can rap. 4 Your Eyez Only is yet another affirmation of his talent. Infectious beats with a killer smooth flow. Changes is a great example of this. The only real change comes from inside, everyone that looks inwards can relate to this, its one of my favourites. Neighbours tells the tale of being raided allegedly by a Swat team while recording this album, apparently they thought J Cole was selling dope.
Deja Vu samples KP & Envy’s Swing My Way, it sounds uncannily like the late Tupac on the hook.

This whole album feels like a personal entry into a journal. He has definitely let you in to his personal space, talking a lot about mortality throughout. Will this album play easy and be appreciated by hip hop fans? Yes! But I’m struggling to find tracks off it that will bang in a club. 4 Your Eyez Only is a winner to me. If you like thought provoking hip hop and not your generic “I got this much money rubbish” out there then you will appreciate J Cole’s new album.