George Bahgory came to Sharjah Museum Department to introduce his exhibition Lasting Impressions: George Bahgory to an audience of art enthusiasts and journalists.

Egyptian born Bahgory started his career over half a century ago and showcases disciplines ranging from caricature to sculpture.  Running until December 31, the exhibition features 80 of his pieces from his student years in Cairo in the 1950s to his most recent work.

It is the sixth installment of SMD’s Lasting Impressions series, which features a different guest artist every year, and the first time SMD has collaborated with the man known as the ‘Grandfather of Caricature’ for his political cartoons that featured in the Arabic press for decades.

His collection was beautiful and his work was divided into periods of his life, the story was as captivating as his pieces. Such a lovely, warm, eccentric character, it was a pleasure to celebrate his work with him and have him present his collection that was so intrinsically linked with him.

If you have a chance before the 31st December to head down to the Sharjah museum, I would highly recommend it. They are currently featuring works from Khalil Gibran too. It is an authentic, beautifully designed museum as opposed to the pop-up galleries we often see in this region and well worth a visit.

Following a series of awful events that recently took place, I loved how our boy Mann expressed himself about it. Check out his new song As The World Turns

This video is simply GENIUS and was shot over three months by British-based urban film-maker Rob Whitworth, the three-minute short takes the viewer through the most incredible time-lapse. It showcases Dubai’s modernism while showing you  the old-town and desert activities.

Whitworth himself says: “My first impression of Dubai was that of super-tall buildings jutting out of the desert sand. However, after three months of exploration, research and filming, my lasting impression is of the eternal wonder of the desert and the importance it holds for the Emirati people.”

“Dubai may be home to the world’s most outrageous skyline but Dubai’s desert dunes and historical creek are where you’ll find its soul.”

Magazines are generally printed to be read but Vogue is a visual feast. I can look at the pictures in Vogue for hours, the way they showcase high fashion in these amazing shoots is beautiful. You don’t just appreciate the fashion but also the story they have created to depict an outfit in a light totally outside the box…or bulb in this case. Here are a few of my favourite Vogue shoots:

I keep seeing all these amazing nail designs on Instagram, Tumblr and Pinterest. Some people use nails like a teeny canvas and its amazing how much detail they can get on there! These are some of my favourite designs, most are difficult to copy but u can take inspiration from them and some are simple yet effective 🙂

From interior design to fast cars, matt paint has taken the world of design by storm. Matt nail varnishes in greys, mushrooms and nudes were all the rage last season but I love the concept of wearing both Matt and gloss in the same shade. So simple but super effective, here are some great looks you can try at home 🙂 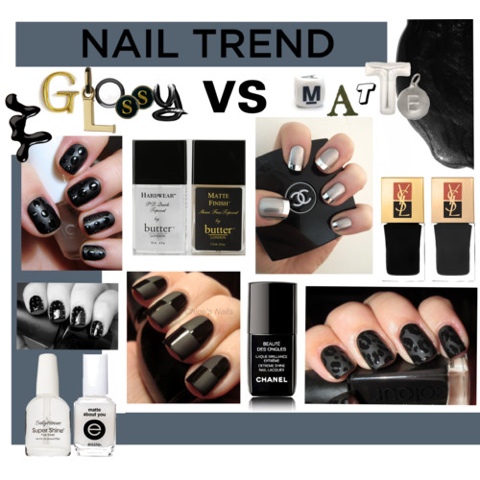 So…I know you think I’m just running out of topics here haha but I just came across a picture of a sandsculpture and they never cease to amaze me! Maybe its because I was always that kid who couldn’t even turn my sand bucket upside down without the block of sand disintegrating, I HATED sandcastles when I was little, I know how this little guy feels:

…but seriously HOW do people do it, do they mix glue into the sand or something?! The sculptures are just so perfectly formed and they must have the perfect sand to water ratio to get it just right not to mention how they must carefully add all the detail without cracking there work of art. Anyways I thought I’d share some of the best ones I’ve seen so you too could appreciate SANDCASTLES 🙂 I also think snow sculptures are really cool but these make me warmer and I don’t want to think about snow considering it will probably be all around me tomorrow 😦

Hope these warm you up:

In my eyes, Rie Hosokai is one of the most patient women to have ever existed. She uses balloons to create the most fantastic gowns, obviously unable to use a needle she twists and weaves the balloon intricately. On average she uses 2000 balloons for one dress!! Have a little crawl on her website (www.riehosokai.com), honestly I am blown away (excuse the pun)by how she can make such amazing dresses with BALLOONS!!

She wanted the balloon dresses to lift the spirits of her Japanese nation as they struggle in the wake of the terrible Earthquake. She said she wanted to remind people of their childhood dreams.
Despite being an amazing creation the dresses aren’t very practical. It takes hours to make one piece and it only lasts 24 hours as the balloons begin to deflate. The dresses range from 2000-4000 US dollars.
If I had that kinda money to burn I would definitely scoop up one of these dresses to make my debut on the red carpet however for now I’ll wait for Gaga to discover them. I can so imagine her wearing one of these!